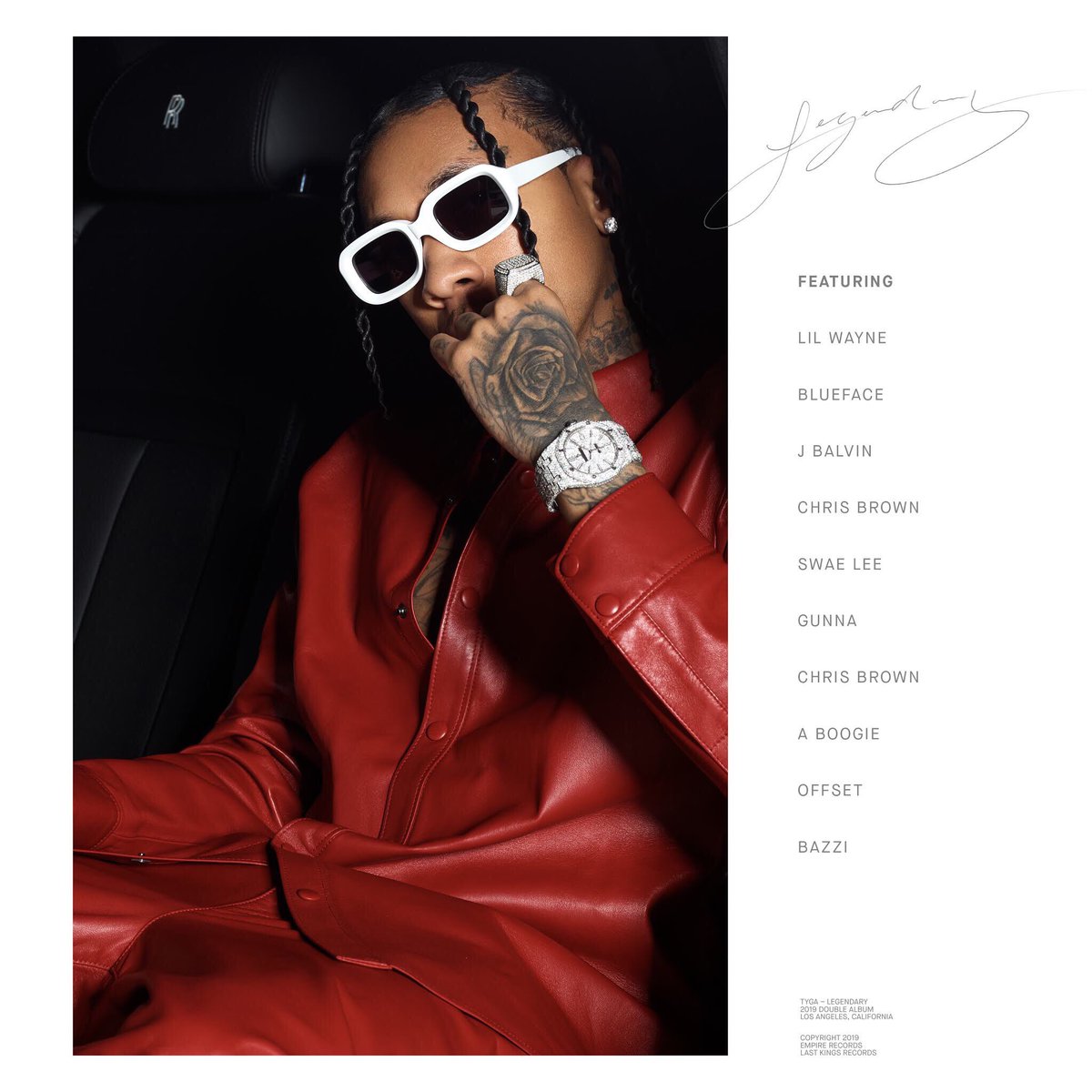 Hip-hop heavyweight Tyga  has revealed the official tracklist for his upcoming album, Legendary, scheduled for release on Friday, 7 June 2019.

The official tracklist was revealed on Wednesday, 5 June 2019, and showcases 14 songs which include a string of features from well-known industry peers. Artists featured on the Legendary album include Lil Wayne on On Me, Blueface on Stash, J Balvin and Chris Brown on Haute, Swae Lee on Vibrate, Gunna on Legendary, Chris Brown on February Love, A Boogie Wit Da Hoodie on Goddam, Offset on Taste and Bazzi on Made Me.

The album will include his multi-award winning single, Taste, and his most recent single, Haute, which was released on Wednesday, 5 June 2019. The single was released with a music video which has received over four million views in less than 24 hours, whilst Taste has garnered over two billion streams globally and has been certified five times platinum by the Recording Industry Association of America.

Tyga shared the cover art for the album on Monday, 3 June 2019, which shows him leaning against a luxury car with two women posing beside him. In the same post, Tyga captioned the image with, “Album of the summer??”, which led fans to suspect that the album will be his best body of work thus far. Fellow musicians such as G-Easy, Dre London, Justin Credible and Murdabeatz, all shared words of congratulations on the post, with Dre London stating that the album will be the outcome of Tyga’s hard work.