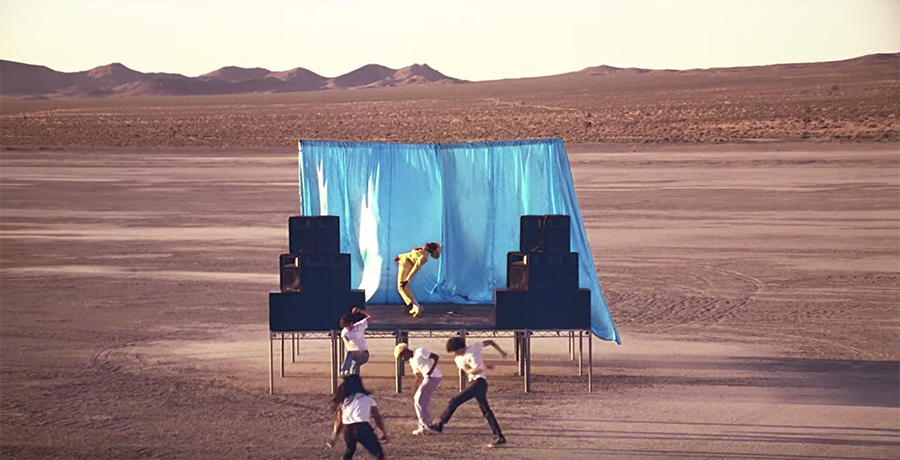 Ahead of the release of his album, IGOR, on Friday, rapper Tyler, The Creator shared his latest album teaser titled New Magic Wand on Tuesday, 14 May 2019.

As the release date of his upcoming album IGOR looms closer, Tyler, The Creator is becoming more and more generous with his teasers. With no track list or pre-released singles ahead of Friday, 17 May 2019, fans are left with cryptic messages that are sure to be stirring up their anticipation.

Tyler’s most recent teaser, New Magic Wand, begins with the rapper in front of a cobalt blue satin background sporting a bright yellow suit and blond bowl cut while clinging to a mic. As the camera zooms out, we see that Tyler is on stage in a barren desert, performing to a crowd of five fans.

Tyler croons ‘please don’t leave me now’ repetitively besides Santigold’s distinctive ‘don’t leave’ as the song’s synthy instrumental beat builds. The track bursts with a sudden increase in tempo as aggressive raps contrasted by Santigold’s illuminating tone ensue; at this point, the dismal crowd begin frantically moshing. Tyler joins them, passionately head banging before sprinting off into the vacant abyss. In the caption for the video Tyler writes: “best concert of all time, thanks santigold.”

New Magic Wand follows hot on the heels of a boy is a gun*, which was shared on Monday, 13 May 2019. Here, Tyler sports the same bright yellow suit and blond cut as he climbs a ladder leading to the heavens, eventually falling down. As this happens, we hear Tyler’s deep raps atop a soulful backing track.