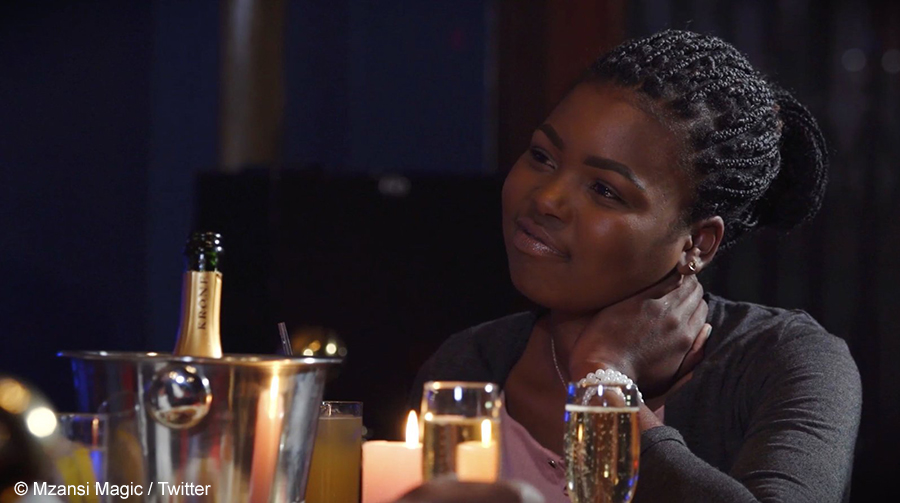 The latest episode of Uyang’thanda Na saw Lebo revealing that her feelings for high school crush, Bafana, have developed into real love.

The latest episode of Mzansi Magic’s Uyang’thanda Na, which aired on Wednesday, 30 October 2019, followed the journey of Lebo, who struggled to reveal the truth about her feelings to her long-time friend, Bafana. Lebo explained that her feelings initially developed whilst the pair were still in high school, but due to him having a girlfriend at the time, she didn’t tell him how she really felt. Years later, Lebo felt that it was time to make a move, but was met by reservation from Bafana, who felt that he didn’t want to risk their friendship by starting a romantic relationship with her.

Viewers shared their opinions on the episode, with many stating that they would end their friendship with Bafana after he revealed that he wants to remain friends with benefits, but nothing more. Lungi commented with, “If I were Lebo, it would be the end of the road for our friendship. I wouldn’t give him what he wants, if doesn’t do the same for me.” Kgopa also stated, “Bafana is not interested in having a relationship. If he says this now on television, he will never change his mind.”

Uyang’thanda Na is reality series hosted by Moshe Ndiki. The dating show follows an individual who has undeniable feelings for someone and has yet to muster up the courage to reveal their love. Each episode will follow a different couple, who decide if a relationship can be developed after the confession.

Watch the preview for the latest episode of Uyang’thanda Na below.

Can Lebohang achieve her crush? Will her homie become uBae? Join her as Moshe seeks to help her find the answer to these questions tonight on #UyangthandaNa at 20:00