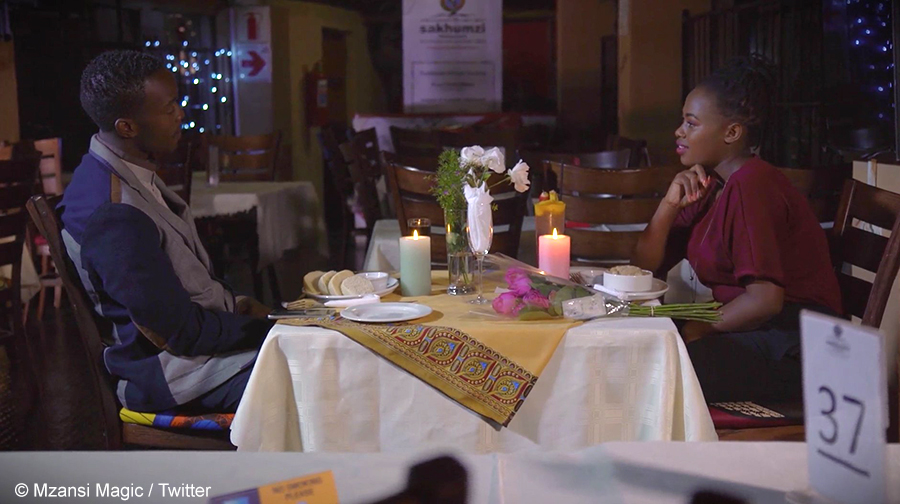 Wednesday’s episode of Uyang’thanda Na followed the story of Tshepo, who revealed his feelings for Miyolo, despite both of them being in relationships.

The latest episode of Mzansi Magic’s Uyang’thanda Na, which aired on Wednesday, 16 October 2019, saw host, Moshe Ndiki, helping Tshepo, whose overwhelming feelings for his high school friend, Miyolo, caused him to reach out to the show. Despite being in a relationship with Mbali, and knowing that Miyolo is also in a committed relationship, Tshepo still confessed his love. Shocked by his disregard for her relationship, Miyolo declined his request to pursue a relationship and stated that she is happy with her current boyfriend.

Viewers shared their opinions about the show on social media, with many questioning the morality of the series, as it appears to allow people who are in relationships to confess their love to people other than their partners. Mfundo Jaxa commented, “So, what’s the criteria for applying to this show? In a relationship? Yes. In love with someone else? Yes…. This show is ridiculous.” Another Twitter user also commented, “So Moshe is promoting cheating whilst Jub Jub is trying to fix this country with Uyajola 9/9?”.

Uyang’thanda Na is reality series hosted by Moshe Ndiki. The show follows an individual who has undeniable feelings for someone and has yet to muster up the courage to reveal their love. Each episode will follow a different individual who will confess his or her feelings to an unsuspecting person.