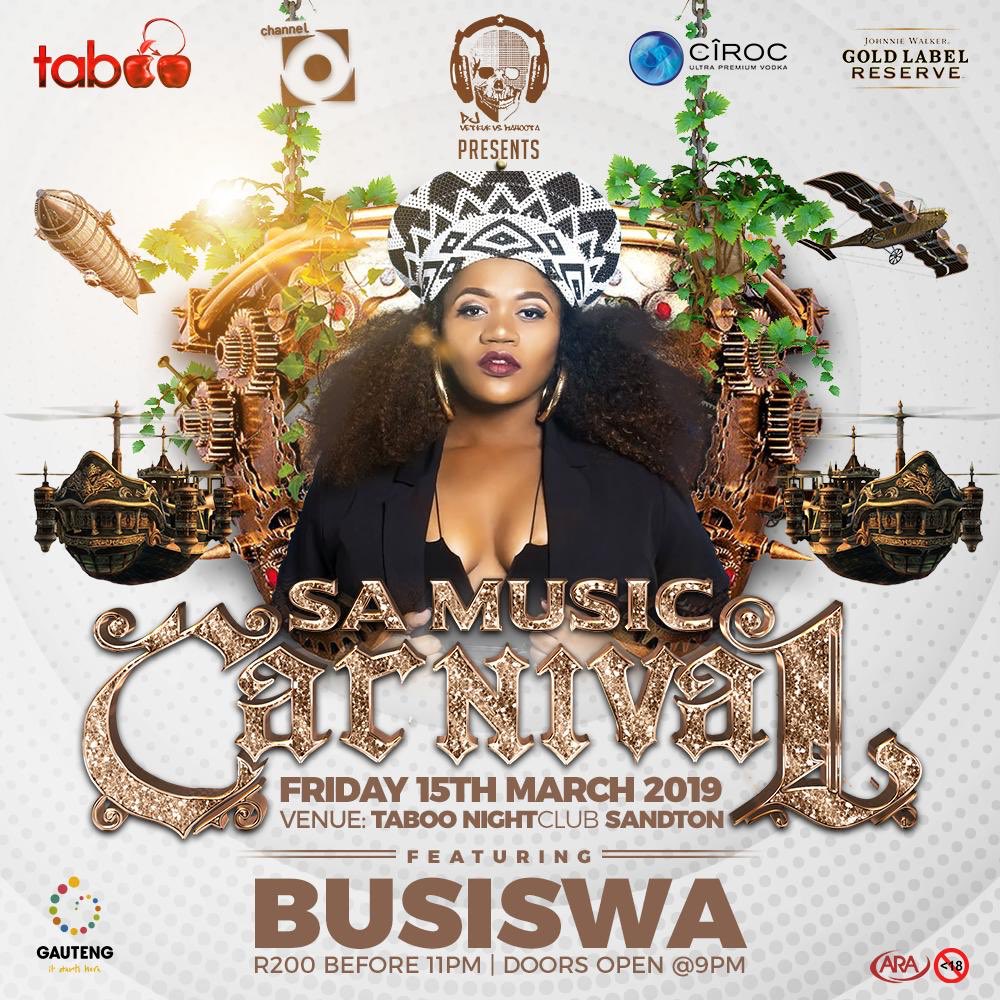 On Wednesday, 27 February 2019, DJ Vetkuk, who is one of the two members that make up the deejaying duo Vetkuk vs Mahoota, posted four banners relating to their upcoming event called the SA Music Carnival. The event will be hosted at Taboo nightclub in Sandton, Johannesburg, on Friday, 15 March 2019.

The four different banners posted each featured one of the four confirmed acts, with the acts being popular artists that fall under the dance or gqom genres.

Featured is female kwaito and gqom artist Busiswa, who gained popularity in 2011 for her collaboration with house female deejay DJ Zinhle on her first release, My Name Is. Busiswa then cemented her status and popularity with her solo 2013 hit song Ngoku.

Omunye hit-makers Distruction Boyz were also announced as part of the line-up. The duo is well-respected and has gained much traction for their contribution to the emerging gqom genre. The third headliner to perform is up-and-coming deejay, DJ Lamiez.

Influential and massively popular artist and record label owner DJ Tira, who is also considered as one of the pioneers of the gqom genre, will be performing at the event.

Tickets will retail at R200 before 11pm and doors will open at 9pm.