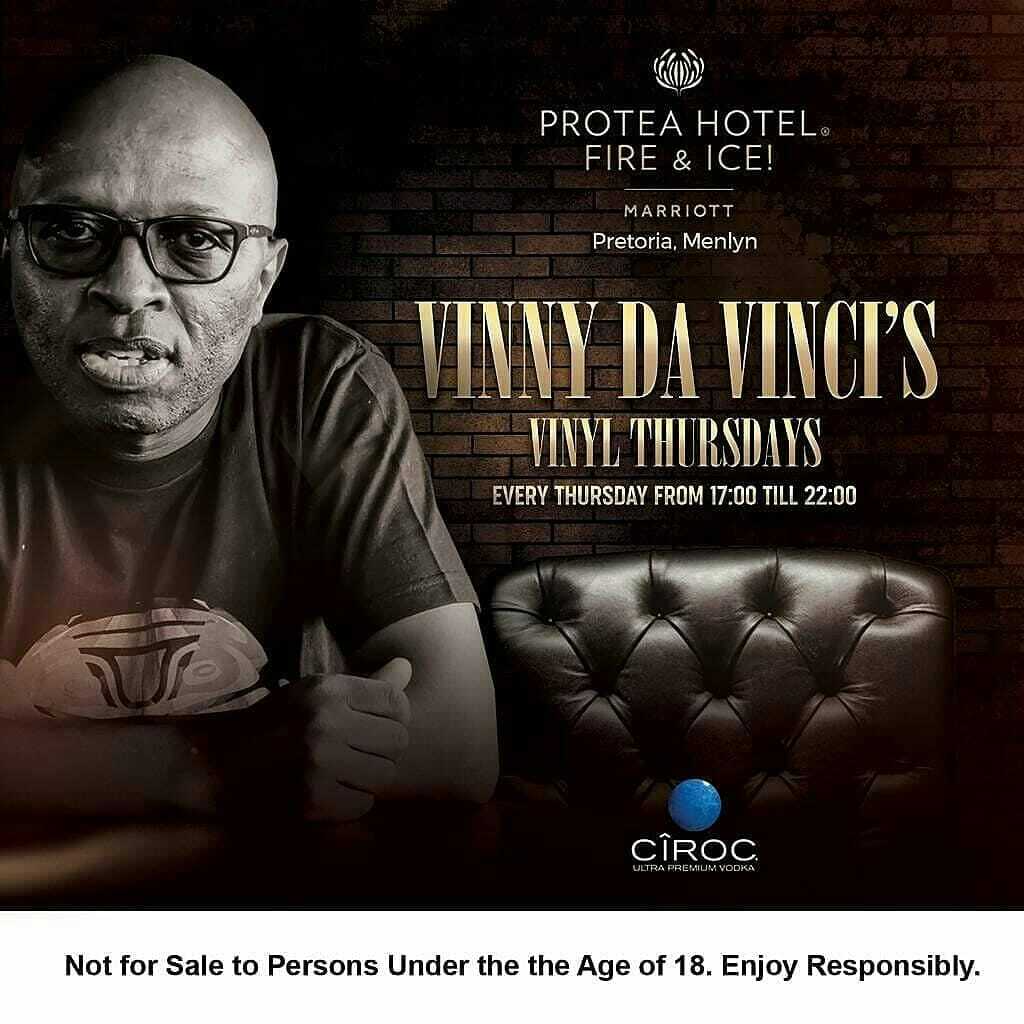 Legendary DJ Vinny Da Vinci will be hosting Vinyl Thursdays every Thursday at the Fire & Ice Hotel in Menlyn. The next one is to be held on 28 February 2019.

Legendary house DJ, Vinny Da Vinci will be hosting his weekly Vinyl Thursdays in his hometown of Pretoria at the Fire & Ice Hotel in Menlyn, with the next one scheduled for tomorrow, 28 February 2019.

Born Vincent Motshegoa, Vinny da Vinci has cemented himself as a house legend, not only as a DJ but as a producer and one of the record label House of Afrika owners. They are responsible for the A&R of music releases and have focused primarily on local content and local producers.

Under the record label, Vinny Da Vinci has released all his African-ism series.  Alongside long-time friend and legend in his own right, DJ Christos, he also created the DJ’s At Work collaboration, through which they have released three albums to date.

Besides his own show on Thurdays, he will also be performing at the Private Room this evening, Wednesday, 27 February 2019, at Rockets in Bryanston at 6pm.

Vinny Da Vinci has not yet revealed the artists on the line-up.