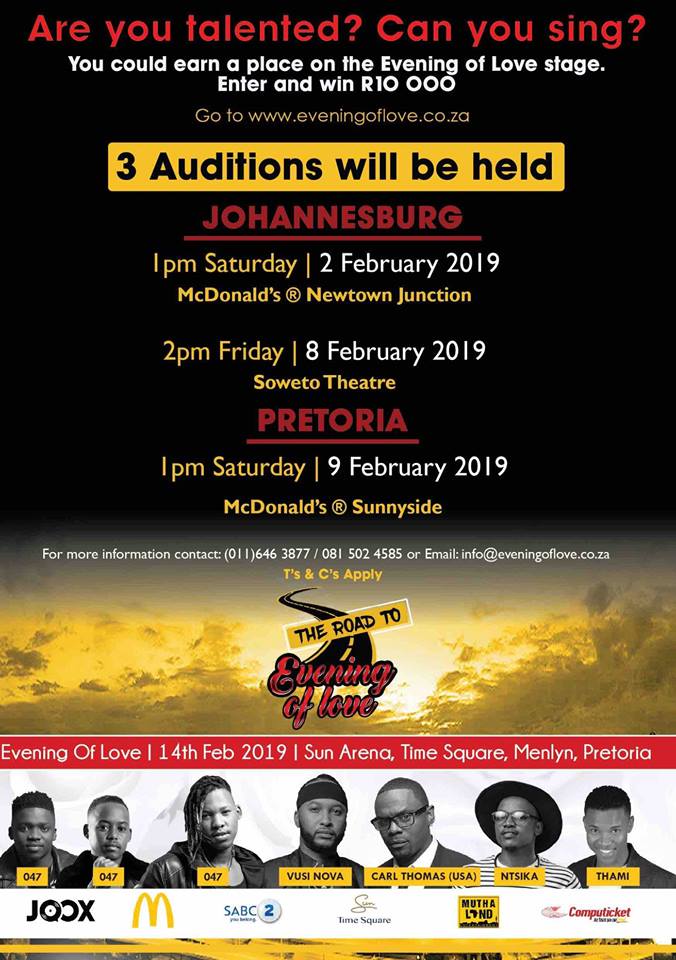 Auditions will be held at three different McDonald’s outlets in the cities of Johannesburg and Pretoria on Saturday, 2 February 2019 and on Friday, 8 February 2019.

Afro-pop and RnB singer, Vusi Nova, announced on social media on Thursday, 31 January 2019, that the organisers of the event are hosting a singing competition.

The winner of the competition will get to perform alongside Vusi Nova, Ntsika, 047 and Carl Thomas at the Sun Arena in Menlyn, Pretoria on Thursday, 14 February 2019. The winner will also walk away with R10 000 in prize money. There will be three auditions held in the cities of Johannesburg and Pretoria.

The singer took to social media on Wednesday, 30 January 2019, to give fans an opportunity to win tickets to the show. Entering the competition is as simple as sharing the post on one’s Facebook timeline.

The As’phelelanga hi-tmaker has been promoting the event since it was first announced on Thursday, 3 January 2019. He also expressed excitement over performing alongside American RnB artist, Carl Thomas. The singer also told fans he would be making a big announcement soon. Tickets are available for purchase at Computicket, retailing between R200 and R1850.