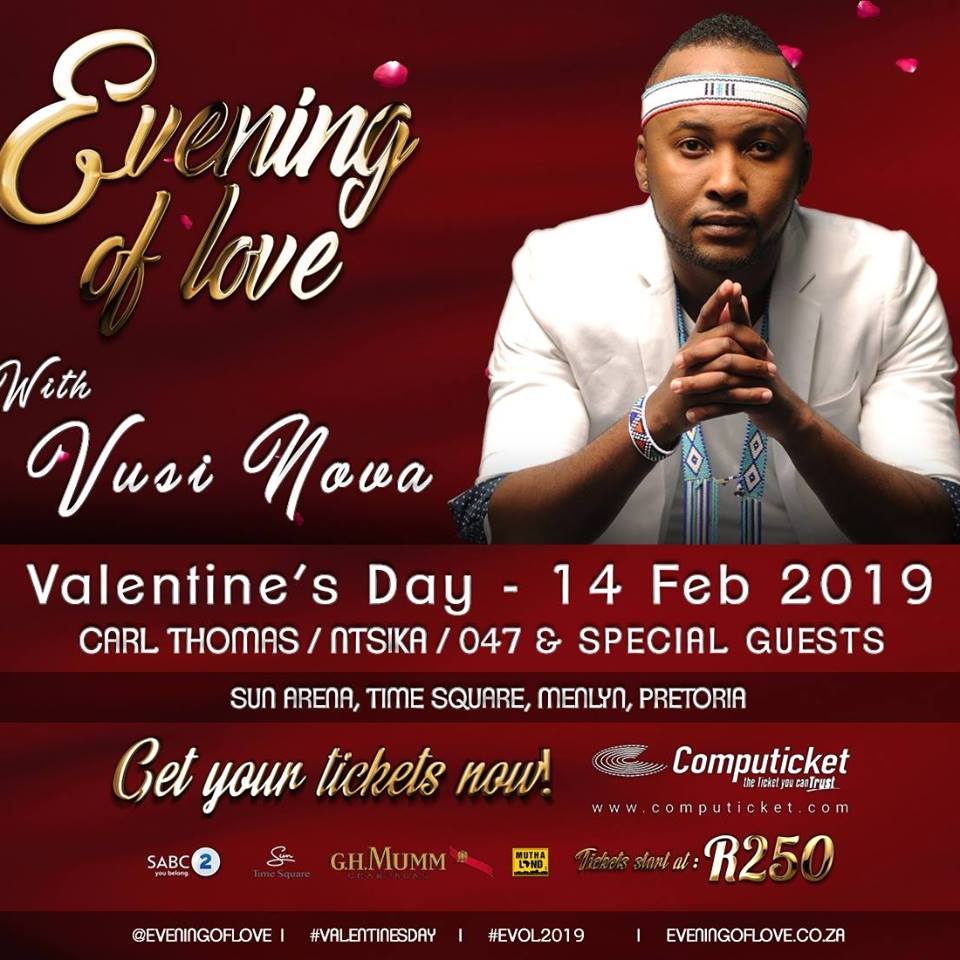 The popular singer will be performing alongside Carl Thomas, Ntsika and 047 at the event that will take place at the Sun Arena in Menlyn Pretoria on Valentine’s Day.

Afro-pop singer, Vusi Nova, took to social media on Monday, 28 January 2019, to share with fans that he was excited to perform at the Evening of Love event in February 2019 with American RnB artist, Carl Thomas.

“I can’t wait to perform with Carl Thomas,” the singer said in a Facebook post. Vusi Nova, whose real name is Vusi Nongxa, also shared a video of Carl Thomas inviting South Africans to come and see his performance at the Sun Arena in Menlyn, Pretoria on Thursday, 14 February 2019.

Thomas sang some of his sentences in order to entice fans. The Grammy-nominated singer is responsible for hits like I Wish and Emotional, both released in the year 2000. South African musicians, Ntsika and 047, will also be performing at the event.

Vusi Nova has described the show as “a night to share with your lover.” The singer has been building anticipation for the event since he first announced it on Thursday, 3 January 2019. Vusi Nova is very popular on the local music scene and has released four albums with the most recent being Manyan-Nyan, released on Friday, 17 August 2018.

The LP spawned the hits As’phelelanga, featuring praise poet, Jessica Mbangeni, and Intliziyo. Tickets to the event are available for purchase from Computicket, retailing between R250 and R1850.