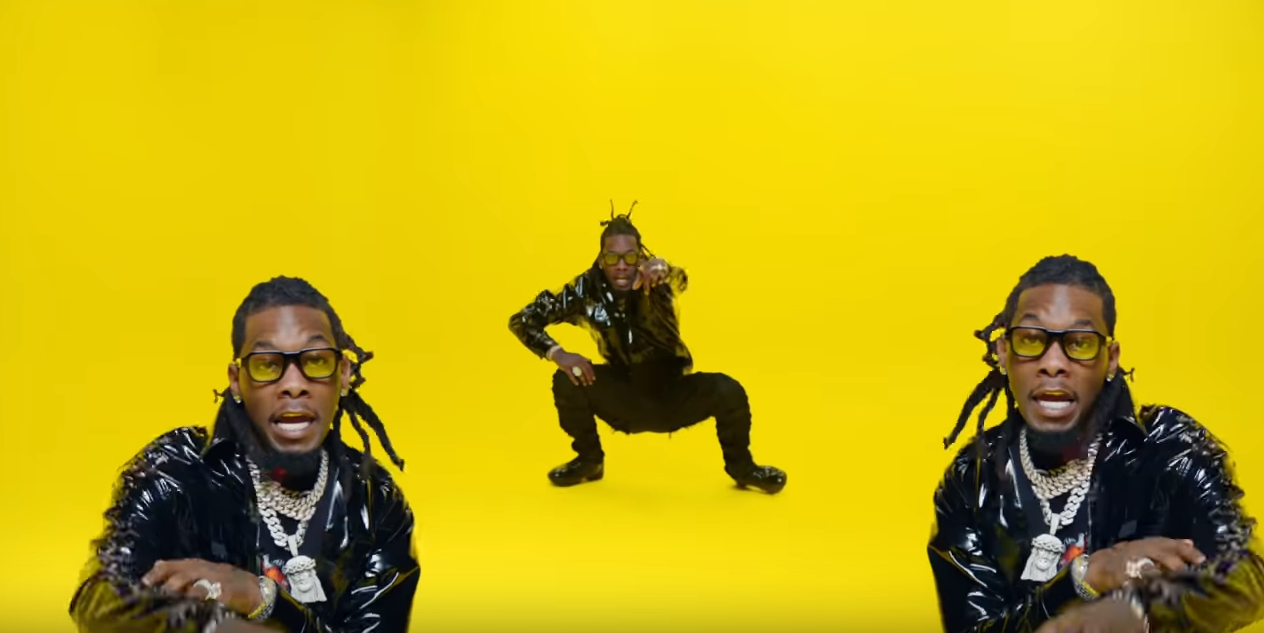 The Daniel Russel-directed music video opens with Offset playing a yellow grand piano. The all-yellow visuals then show him wearing a spotted mask, before delivering his verse in front of a mirrored background. He then continues performing in front of a plain yellow background, with scenes of a woman in a yellow bathing suit intertwined. Featured artist and girlfriend Cardi B then joins Offset as they simultaneously perform the chorus whilst posing seductively.

Cardi B’s appearance shows her laying amongst several lemons as well as straddling Offset as she aggressively performs her verses. The music video has amassed close to 5 million views on YouTube in under 24 hours and currently sits at number one on YouTube’s Worldwide Trending page.

Watch the Clout music video below.