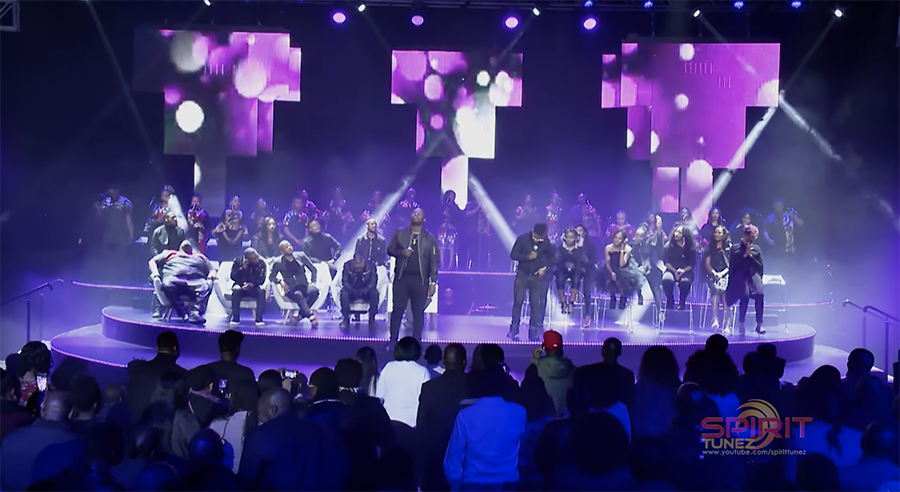 Spirit Of Praise has released the music video for the collaborative single between acclaimed gospel artists, Thinah Zungu and Ayanda Ntanzi, for their rendition of Ngaphandle Kokuthi.

On Monday, 22 July 2019, Spirit of Praise released the music video for the collaborative single between celebrated male vocalists, Thinah Zungu and Ayanda Ntanzi. Their moving rendition of the gospel and praise hymn, Ngaphandle Kokuthi, revealed how well their voices blend. Thinah Zungu’s baritone voice starts the song off, before Ayanda Ntanzi’s high-pitched vocals are introduced to beautifully blend with Thinah Zungu, moving the audience and the other featured artists to their feet.

The music video is an excerpt from the live recorded concert and provides fans with insight into what took place during the concert. The stage was filled with popular gospel artists all dressed in black, waiting for their turns to take centre stage. Some of the popular names on the stage include Benjamin Dube, Sipho Ngwenya, the Dube Brothers and Neyi Zimu.

The song is part of the latest Spirit Of Praise compilation, Spirit Of Praise 7, which was released on Friday, 7 September 2018. The compilation features other notable gospel and worship hymns like Impilo Yam that was led by Nothando, and Yingakho Ngicula rendered by Dumi Mkokstad.

Since the video premiered, it has earned over 29 000 views on YouTube.