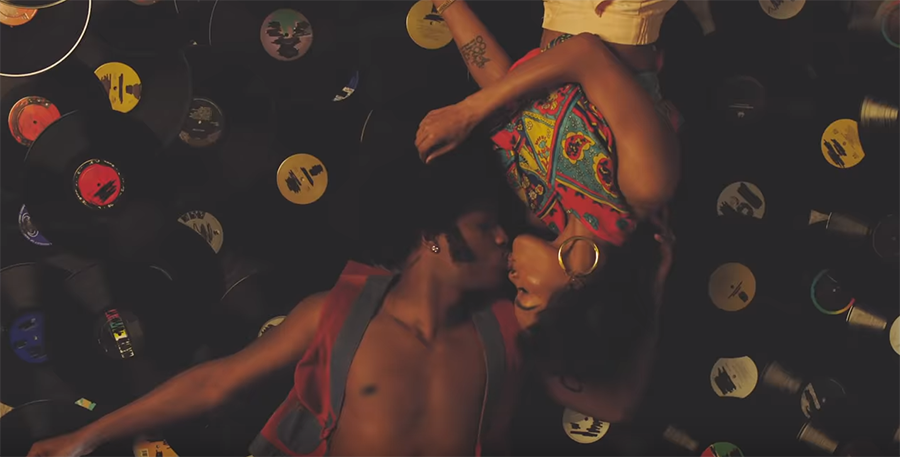 The 70s-inspired music video stars Teyana Taylor and rapper ASAP Rocky as they assume the roles of a newly-wed couple. The storyline takes the audience through their wedding day and the days that follow, which shows Teyana Taylor becoming insecure and wary of her new husband. Scenes of the singer soulfully performing her song at a retro studio are intertwined with scenes of ASAP Rocky entertaining other women.

The self-directed music video also features appearances from Tyler the Creator, ASAP Ferg, Lori Harvey and Kristen Crawley. Issues/Hold On tells the story of someone who is trying to make their relationship work, despite insecurities and infidelity, purely because of the emotional investment made by both parties.

The music video has garnered over seven hundred thousand views on YouTube since its release.

Watch the Issues/Hold On music video below.