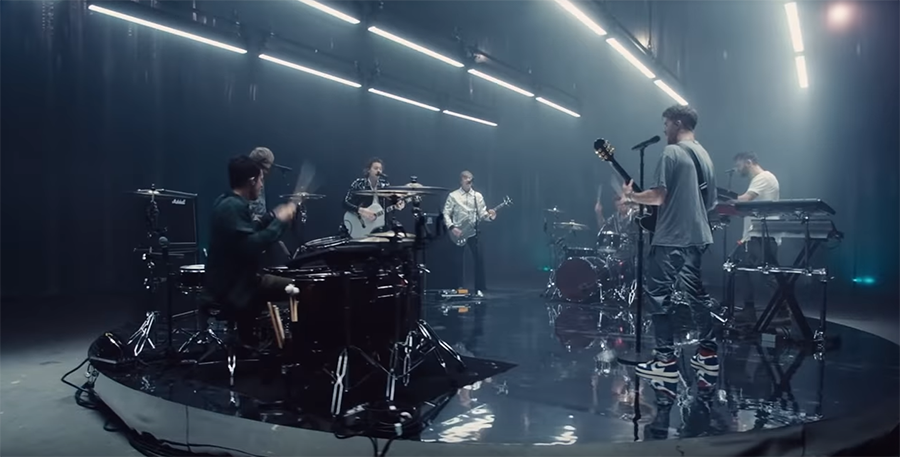 Multi-talented groups The Chainsmokers and 5 Seconds Of Summer released their official live performance of their hit single, Who Do You Love.

The live performance took place on Tuesday, 2 April 2019, in an unknown warehouse. Each band member was accompanied by an instrument, adding to the authentic sound which was captured in the empty space. The Chainsmoker’s lead singer Andrew Taggart chose to showcase his guitar talents, whilst fellow group member Alex Pall took on the electric drums. 5 Seconds Of Summer also showcased their musical versatility, with each member contributing both vocally and instrumentally.

The camera revolves around the artists as they perform the song on a circular sound stage, surrounded by only white streaming lights. As the beat drops near the end of the song, the lights flash according to the drums, which adds to the ambience. The live performance video has received over seven hundred thousand views on YouTube since its release.

Watch the Who Do You Love live performance below.