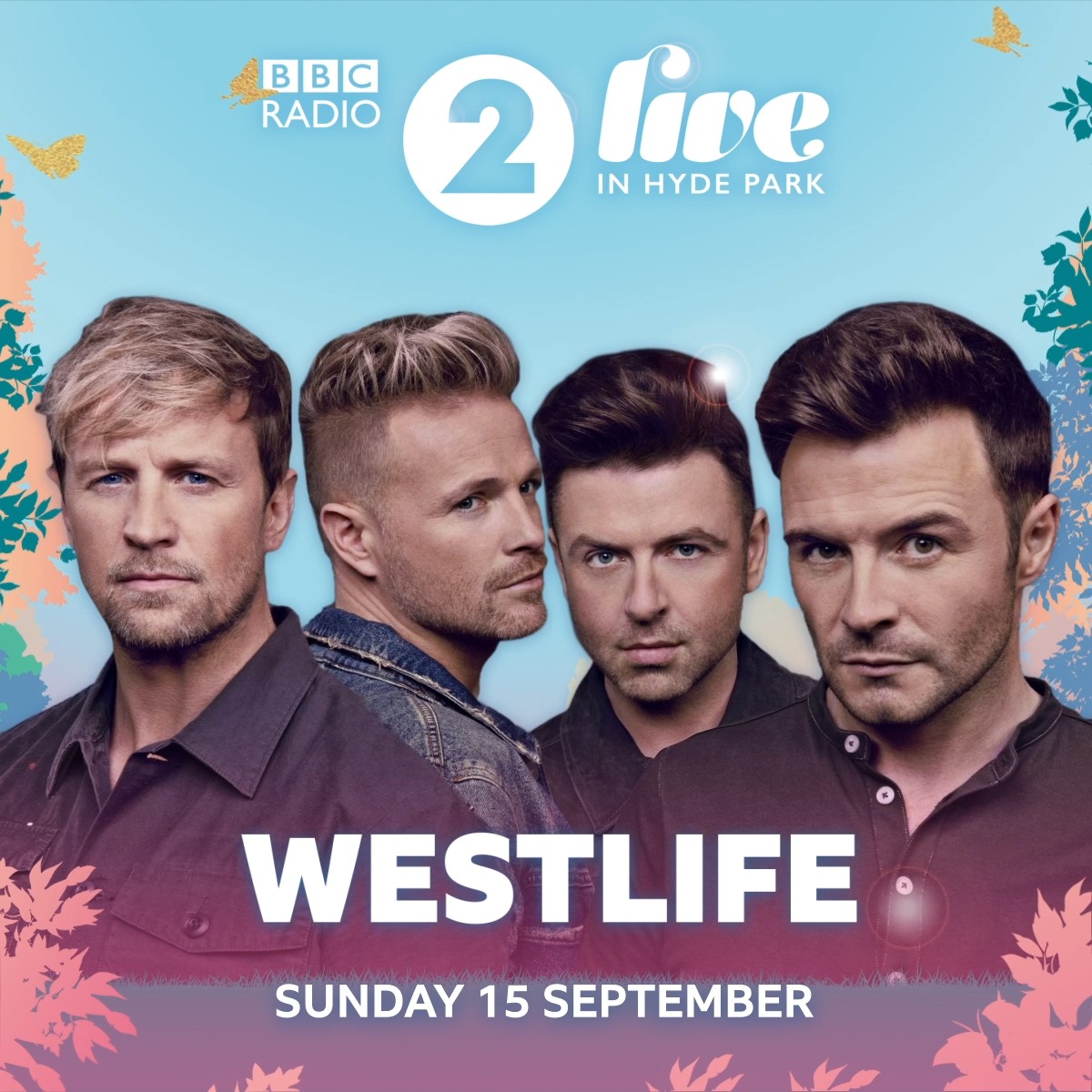 On Wednesday, 5 June 2019, legendary pop group Westlife shared, across their social media pages, a video that was created by the British radio station, BBC Radio 2, announcing them as the headliners for the Live in Hyde Park edition of the national broadcaster’s music festival. The video was an animated visual of the official poster, which features the faces of the band members against a background of pastel colours to signify the beginning of fall in the country.

The group will be performing in Hyde Park, London, on Sunday, 15 September 2019. The performance will come after the band finishes two legs of their The Twenty Tour, which started on Wednesday, 22 May 2019, and initially had 20 stops during the European leg of the tour but, because of the demand, was extended by 13 more tour dates. After their European leg of the tour, Westlife will travel to Bangkok and kick off the Asian leg of the tour, which starts on Wednesday, 24 July 2019, ending on Saturday, 31 August 2019 in Jakarta.

Their headlining performance at the BBC Radio 2 will come at the end of the Asian leg of the tour, meaning the group would have been stage ready following the five months of touring the world. The performance also comes just ahead of the group’s release of their highly anticipated new album, Spectrum. The group has already shared only two singles, Hello My Love and Better Man, since announcing the upcoming release of the album expected for a Friday, 8 November 2019.

Although the new album will not have  been released at the time of the festival, the group has already amassed enough chart-topping and memorable singles to captivate the audience during their headlining performance.