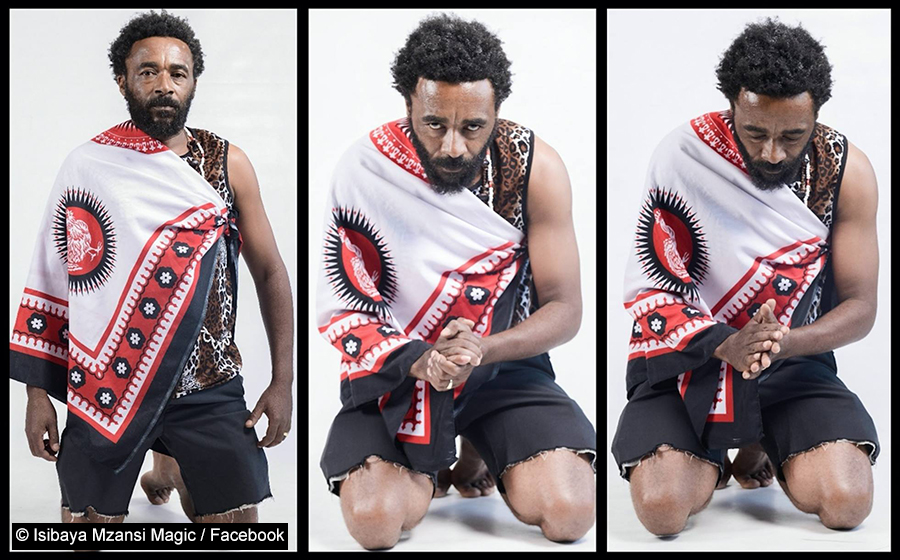 Zakhele Msibi has announced that he is back on the set of Mzansi Magic’s Isibaya, indicating that his notorious character, Nkabinde, will be returning to the show.

Zakhele Msibi took to Instagram on Tuesday, 13 October 2020, to share a visual of himself on the set of Mzansi Magic’s weeknight drama series, Isibaya. The actor posed alongside one of the show’s cameramen and captioned the post with a phrase that loosely translates to the sentiments that it is finally time for Bra Nkebs, which he is fondly known as, to return. In a subsequent post shared today, 16 October 2020, Zakhele was also seen on set, this time, in the home of his character, who is known as a traditional healer.

Viewers immediately began expressing their excitement on his posts, in anticipation of his return to the show, with many questioning when his episodes will air. Zakhele’s character on the show is a controversial witch doctor, who is often behind the tragedies in the community. His return suggests that someone is looking to cast a curse on an enemy.